Your love for spicy foods runs deep. But, smothering your chilli or grain bowl in Sriracha is so not your thing anymore. If you want to take your fiery food game to the next level, the world’s hottest peppers are where the money’s at.

Don’t know where to start?

These 13 too-hot-to-handle peppers are at the pointy end of the Scoville Scale and give you the chance to explore a world where Chocula is just another run-of-the-mill sauce. In short: Let’s spice things up! 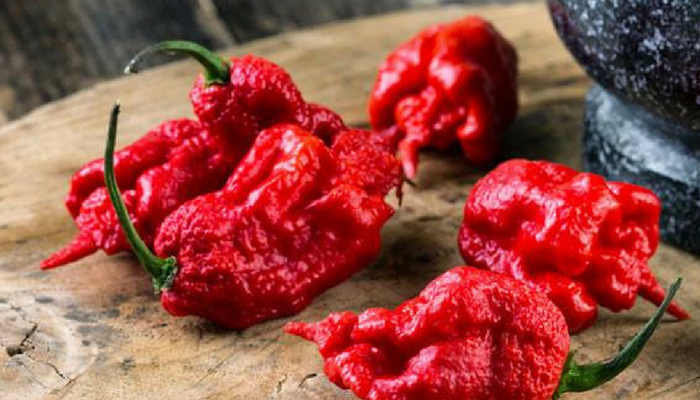 An official Guinness record holder as of November 2013, the Carolina Reaper is considered by
many the spiciest pepper of all times.

This bizarre-looking pepper clocks in an impressive 2,200,000 SHU on the Scoville Scale while sporting the signature texture and scorpion tail of the Trinidian heavyweights (it is a hybrid, after all).

To date, the Carolina Reaper is the only pepper that managed to beat itself by renewing its title as the world’s hottest pepper in 2017. Even though it’s not long since it hit the foodie scene, the Trinidad Moruga Scorpion – also known as
the “Scorpion Pepper”- has managed to make a name for itself for all the right reasons.

Native to Trinidad and Tobago, the popular pepper doesn’t just taste phenomenal taste (meaning: ultra-spicy with a few fruity touches) but also sports a killer name that can win any crowd.

Fun fact: The nickname is inspired by the pepper’s weirdly shaped “tail” which resembles the sting of a scorpion. Known for its chocolate brown & deep purple colour and pimply skin, the Douglah is a very rare varietal.

Originated in Trinidad, this pepper is entirely different from the rest of the bunch thanks to its high
Scoville Scale score and distinct full-bodied, fruity flavour. Some even claim that the pepper’s taste is
so intense that just one pod is enough to spice up seven pots of stew in one go.

It all makes sense now! Bred by Troy Primeaux (Primo, get it?), this hybrid chilli pepper proves once again why Trinidian
7-pot seeds are worth the hype.

This insanely hot yet fruity-flavoured pepper is mostly known for its unique taste but also features a distinct, lumpy exterior and a scorpion-like “tail” that could make even Trinidad Moruga Scorpion jealous.

Brought to life by Butch Taylor, a.k.a. Butch T, this pepper is closely related to the popular Trinidad
Moruga Scorpion pepper, and that’s actually why both of them sport the same signature pointy
“tail.”

Unlike others on this list, the Butch T was officially heralded as the world’s hottest pepper in 2011 but lost the title to its “cousin” after just three years! That means that it doesn’t hit you at that very first bite but instead builds its heat over time and strikes you when you least expect it. 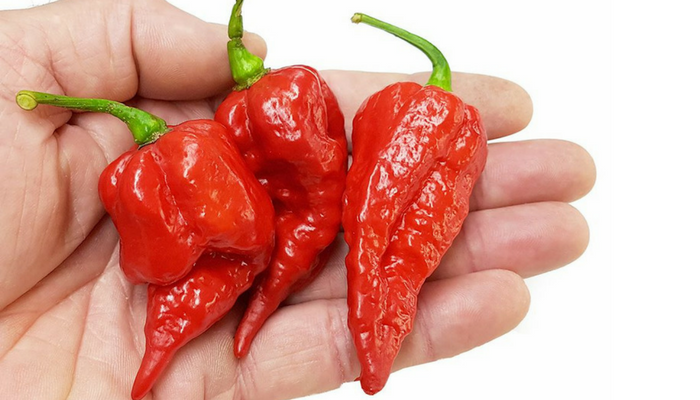 An interesting combo of the Ghost pepper, the Naga Morich, and the Scorpion Pepper, the Naga
Viber is considered one of the most unstable hybrid chillies created to date. However, despite its
various shapes and flavours, the cross-pollinated pepper managed to earn the title for the world’s
hottest chilli in 2011 but only for a while. As the name suggests, this scorching hot pepper can readily mess with your brain, forcing your eyes
to water and your taste buds to numb on the spot.

Contrary to popular belief, the 7-Pot Brain Strain isn’t a hybrid but was instead created by saving and breeding together pods. This way the breeders were capable of manipulating specific aspects of the pepper such as its shape and structure. That’s one of the reasons this pepper resembles a human brain! Often considered the missing link between the Bhut Jolokia and the 7-Pot variety, this pepper looks
a lot like regular 7-pot chillis but is somewhat larger and far more wrinkled than them.

It also comes with a distinct flavour that’s a tad more bitter than the common 7-pot varieties without skipping on the heat. The pepper gets its name from the town where it was initially discovered,
Barrackpore, Trinidad. 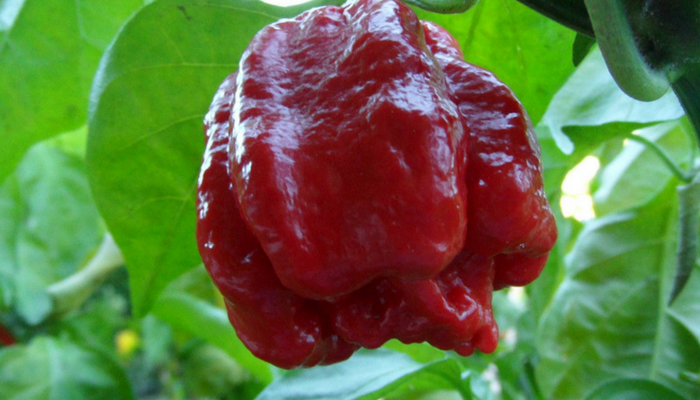 Member of the 7-Pot family, the 7-Pot Jonah pepper looks a lot like most Rinidian chiles but only
larger.

Many also claim that it’s far more delicious than its “cousins” since it sports a slightly fruitier
flavour which helps it pair great with other fruits in jams, sauces, and salsas. 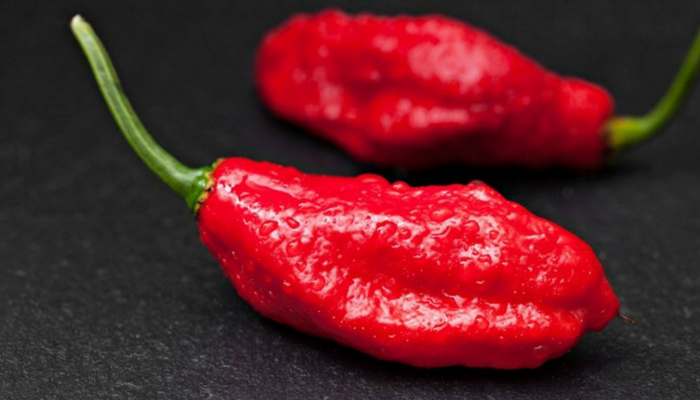 Once a Guinness World Record holder, the Bhut Jolokia (Ghost Pepper) is one of the most popular peppers on this list.

This inter-species hybrid originates in Northeast India where the pepper is extremely variable and comes in multiple sizes and colours, from yellow and orange to red and chocolate. It gets the moniker “ghost” because of the way the intense heat sneaks up on you when you least expect it.

Even though it’s still not the official holder of a Guinness World Record, Pepper X has managed to up the ante by measuring in at an inconceivable 3,180,000 SHU on the Scoville Scale. This fiery hybrid is even set to dethrone the current top-spot holder, the Carolina Reaper.

However, some dispute its spicy potential, claiming that the SHU numbers are not accurate and as a result, the hybrid is not worthy of the title.

Only time will tell. Propagated by Welsh horticulturist Mike Smith, the Dragon’s Breath pepper is so hot that it could
literally, kill you!

Given its ultra spicy nature, experts at the Nottingham Trent University are hoping to use it for medical purposes such as numbing specific skin areas in patients who can’t tolerate other anesthetics.

Let that sink in…

So What Is the Hottest Pepper in the World?

The Carolina Reaper has been the official Guinness record holder as of November 2013, with the bizarre-looking pepper clocking in at an impressive 2,200,000 SHU on the Scoville Scale.

To date, the Carolina Reaper is the only pepper that managed to beat itself by renewing its title as the world’s hottest pepper in 2017.

Even though it’s not yet Guinness-Official, Pepper X is by far the hottest pepper reported in the world at the moment. Allegedly weighting in at a whopping 3,180,000 SHU, this hybrid pepper is this close to kicking the official record holder to the curb (buh-bye, Carolina Reaper) and to be honest, we are pretty stoked. Rumour has it that it has recently been sent out for official testing.

As you can imagine, Pepper X is impossible to consume in its pure form. But, that doesn’t mean it’s off limits. The dude behind this ultra-spicy masterpiece, Ed Currie, created a commercially available hot sauce, known as “The Last Dab,” which is perfectly safe for consumption. That is, of course, if your taste buds can take the heat (literally).

Besides Pepper X’s extract, the sauce -often heralded as the hottest pepper sauce in the world contains distilled vinegar, ginger root, cumin, dry mustard, and turmeric. These ingredients start off by slightly burning your mouth, a sensation that passes pretty quickly. So, as soon as you start feeling confident about your heat tolerance, the extract kicks in and gives a chance to witness the true power of the X.

Is the Ghost Pepper the Hottest Pepper in the World?

No, the Ghost Pepper is NOT the hottest pepper in the world. Clocking in at 1.041.427 SHU, this popular chilli lies at about 2,140,000 SHUs away from the current *unofficial* top-spot holder, the
Pepper X.

It’s worth noting, though, that the Ghost pepper can be up to 417 times hotter than your average jalapenos. So, it may not rank #1 on the hottest-pepper-in-the-world list, but it can still wreak havoc on your taste buds.

Is the Carolina Reaper the Hottest Pepper in the World?

Officially, yes. But, off the record, there are two other hot peppers which rock the spiciness game even harder; Pepper X and Dragon’s Breath.

So, what’s the hottest pepper you’ve ever tried? Let us know in the comment section down below!

I’m the founder of Chasing Chilli where I share my journey in chasing down the best chilli – from seed, to sauce to salt. I’m a 24 year-old from Melbourne with a love for all things chilli and sport. I’m not a great writer, but I will tell it how I taste it. Thanks for stopping by!

Here at Chasing Chilli we’ve taken it upon ourselves to chase down all-things-chilli and spice. Join us on our chilli adventure 🌶 Read more… 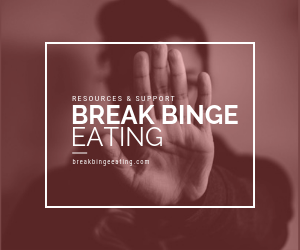 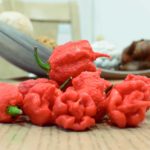 Here at Chasing Chilli we’ve taken it upon ourselves to chase down all-things-chilli and spice. Join us on our chilli adventure 🌶️ Read more…